This blog has a new home!

I've been thinking about and working on this move for some time now. (Like, a year.) Wordpress just seems to be more common, and I wanted to learn how to use that blogging platform. (I also could never get the layout quite right in blogger, and I'm picky that way.) I also kind of wanted a fresh slate and my own domain.

So, please update your bookmarks and feed readers to: http://www.libertyequalitygeology.com !
at 5:34 AM No comments:

Captain Kirk and Object Oriented Programming, According to my Dad

I’m taking a Java class right, and having a little bit of trouble wrapping my head around the concept of object-oriented programming and how to implement it. So, I asked my dad for some advice, and this is how he responded:


Imagine a planet, any planet. How do you describe a planet? These are the properties.
The planet has it's own gravity,
It's own sky color,
It's own funny looking, sexy locals - if it is a 'star trek' type of planet
It's own monsters.

What do you do on the planet? These are the methods.
Look at the sky,
Chase the women
Run from the monsters

These are the unique properties of the Boiseity planet.
Now Capt. Kirk lands on CapitolHillia, what does he find?
Gravity - .95 earth normal
Rainfall - wet
Local women - grunge
Local monsters – panhandlers


CapitolHillia and Boiseity are both unique objects of class Planet.” 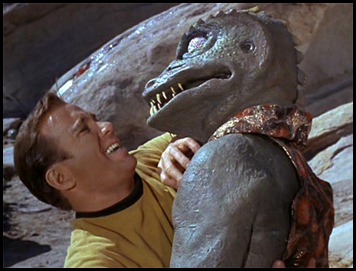 Fighting aliens makes so much more sense than withdrawing funds from a bank account.

There’s a wee bit of a geomeme going on about what one likes most about one’s geologic field of interest. It started with Erik Klemetti’s post on “10 Thing I Love About Volcanoes,” and was quickly followed up by Siim Sepp’s post on “The Top Ten Reasons I Love Sand,” Callan Bentley’s post on The Tope 10 Reasons I Love Structure,” Silver Fox’s post on “Top 10 Reasons I Love Detachment Faults,” Hollis’ post on “Top 10 Reasons I Love Wyoming Geology,” and then Garry Hayes's post on “10 Reasons I Love Teaching Geology At Community College.”
Since I’m a geo-baby, I thought I’d talk about what I love about being a geoscience student!
I originally studied classical literature, philosophy, math, and science at a liberal arts college. While that experience has deeply shaped me, the most important thing it taught me was what I really want to study – the world! Geology is the best way to study the world that I’ve found, so I happily switched majors! 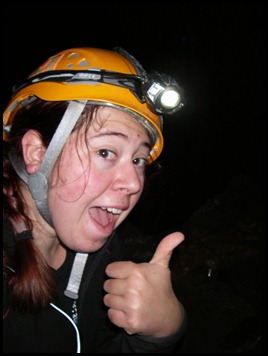 Woo, rocks! My excitement face shortly after switching majors.
I’m just getting into upper-division coursework, and I decided to take a geophysics major, so I have quite a challenge ahead of me! But I’m excited to have the opportunity to study so many cool things, for the following reasons:
1. Real facts. 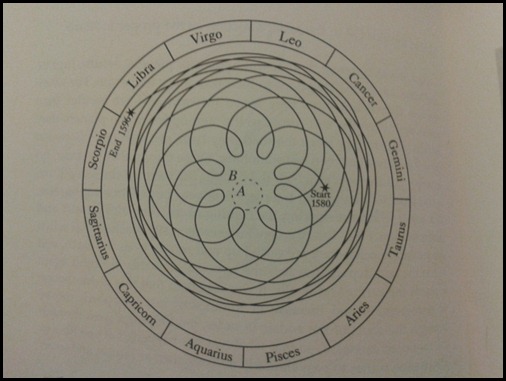 The movement of Mars, over 16 years, according to the folks before Kepler.
The Earth revolves around the Sun.
Atoms exist.
The “heavenly spheres” are the troposphere, the stratosphere, the mesosphere, and the thermosphere. Sometimes the magnetosphere and the galaxy come up. None of them play music, or have anything to do with the divine.
Promise. 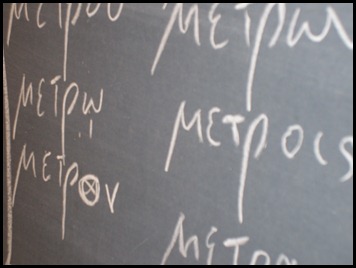 Chalk dust gets everywhere: in your nose, in your hair, on your pants. It may look hip and old-school, but it’s kind of a pain.
Whiteboards, on the other hand, only leave black smidges on your fingers.


Recently, I was talking to a computer science student about how much I like graphics. His response? “But I thought you were into, like, geology.”
But the geosciences are filled with pretty pictures! There are nifty geologic maps and psychedelic polarized thin sections. There are colorful charts and graphic graphs. And, of course, the “reference photos.” 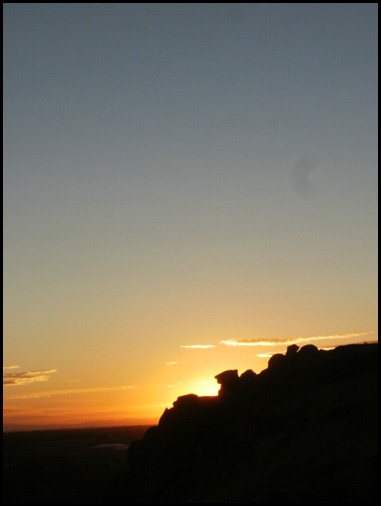 Look at that rhyolite! Sunset for scale.
4. Interesting lectures.


I love listening to people explain things I know nothing about! It’s a great way to explore the field, learn more about the world, and make connections to things I’m studying. I’m most comfortable when I’m a little bit confused. 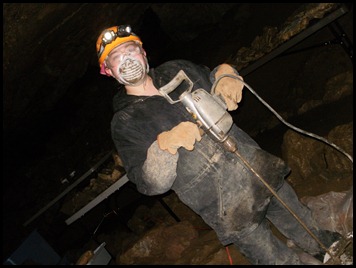 Or not so fancy equipment.
I can’t even properly pronounce magnetometer, but I’ve used one (briefly.) Seismometers are currently blowing my mind, and I’m really excited for the vibrating trucks while studying active seismology. I also love using fancy technology like remote sensing satellite data and excessive computing power. The toys are awesome.


Homework for a liberal arts major: 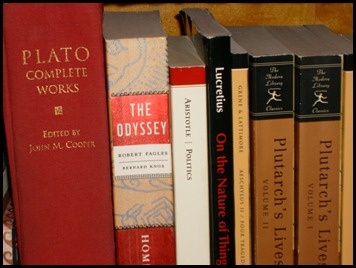 Homework for a geoscience major: 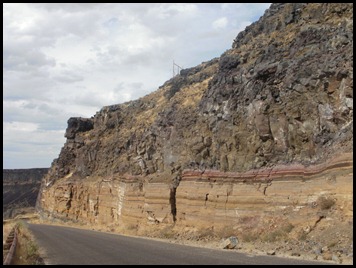 Being pretentious is a prerequisite for a philosophy scholar. Sometimes, they’re lovely, fascinating people. Frequently, they’re mean as snakes, twice as funny looking, and think they’re the coolest thing to wear tight pants.

Geologists are good-natured, helpful, and handy in a pinch. Also, they’re generally gorgeous – the men are handsome and handy, the women are beautiful and highly competent. I think it’s all that Vitamin D.
Plus, it’s just tough to be pretentious while “examining the sagebrush.”


From isotopic changes in the range of parts per billion, to the rise of immense mountain chains hundreds of kilometers long; from the earliest creation of the planet, to the future movements of continents; from the relatively slow movement of water through a watershed, to dramatic pyroclastic deposition over the course of a few minutes; from the glacial moraine in my parent’s backyard, to Arizona-sized volcanoes on Mars – geology encompasses all of these.
How is that not awesome, in the truest sense of the word?


I LOVE the thought that, someday, I’ll be qualified to search for oil, reconstruct the tectonic history of the planet, understand hydrological changes in caves, analyze earthquakes to see the structure of the planet, make discoveries about cryovolcanism on Enceladus, or help predict volcanic eruptions.
Or even just be able to pick up a rock from the river, and know what it is, and where it’s been. That’ll be pretty cool too! 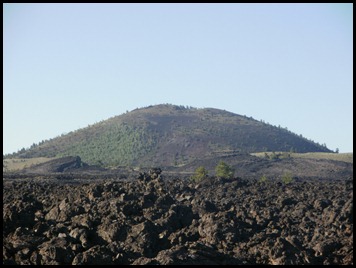 Exploring a’a lava at Craters of the Moon. 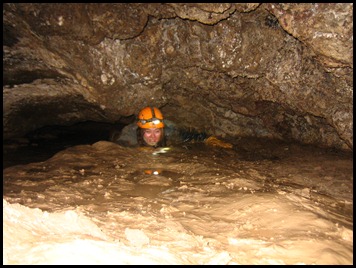 Doing cave monitoring for the BLM at Craters of the Moon.
Vacation: 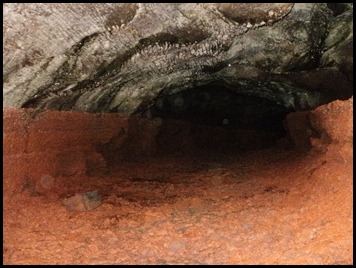 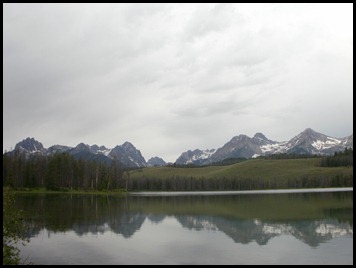